So, what is Xamarin?

Xamarin, now owned by Microsoft, is a cross-platform development tool used for mobile application development that allows developers to share most of their code across major platforms.  Xamarin, founded in 2011 by the developers of Mono, Mono for Android and MonoTouch, was purchased by Microsoft in February of 2016.  At Microsoft Build 2016, Microsoft announced that they will open-source the Xamarin SDK in future builds of Microsoft Visual Studio.  Visual Studio Enterprise developers also get the Xamarin enterprise features free of charge.  According to Xamarin, as of April 2017, over 1.4 million developers in 120 countries were using Xamarin products.

C# is one of the .NET framework languages that has many useful .NET features including (but not limited to) Linq, Lambda expressions, Asynchronous calls and many importable libraries for pre-developed functionality.

There are three platforms within Xamarin: Xamarin.iOS, Xamarin.Android and Xamarin.UWP.  When compiling for iOS, the source is compiled directly to native ARM assembly code, which requires an actual Apple Mac for the compilation.  For Android, the source is compiled to an intermediate language that is then pushed to native assembly code at runtime.  In both cases, the process is automatic and designed to handle memory allocation, garbage collection, native device interfaces and platform interaction.  For Universal Windows Platform (UWP), code is pre-compiled with .NET Native.  The .NET Native toolchain compiles the managed intermediate language binaries into native binaries.

Xamarin does have some drawbacks, but overall the benefits outweigh those due to the fact you can share most of your code and design across all the major mobile platforms.

Pros and Cons of Xamarin

Now, for the Cons:

There are many pros/cons about which development option should be used when developing mobile applications.  Here are some of the comparisons being made in the marketplace and how they measure up:

There are many discussions on which tool is the right fit.  This really depends on how you plan to develop, support and grow your application.  If you need high performance, high compatibility and graphic intensive mobile applications, native will most likely be your choice.  If the graphics can be less intensive, Xamarin is a solid choice.  If you want to go the fastest route and are willing to sacrifice on performance and some compatibility, then hybrid is a good option.

Xamarin is a great option for the following reasons:

Other developers may weigh these differently, resulting in the choice of another option when it comes to building a mobile app.  That is the great thing about having options, we can build based on what works best for the developers and the particular project.

HAVE YOU READ OUR OTHER ARTICLES?

Read more of our blogs and news 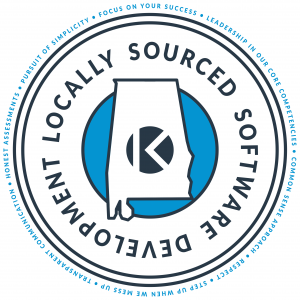 Get To Know KEYSYS

Please use the calendar to select a Date & Time that’s most convenient for us to talk.

We’ll automatically send you an email containing call-in details for a Zoom web conference. We look forward to talking with you soon.

Drop us a line

Stop By the office